What are Major Bugs Found in the latest iOS 11 Update

Given that the new update is packed full of new features, many users are mad. With the release of the new iOS 11 updates from all compatible devices, lots of people are now frustrated complaining about bugs.

Control Center not turning off Wi-Fi or Bluetooth

The new control center has lots of features now such as turning on data mode. But many users complain about the wi-fi and Bluetooth not turning off whilst you toggle them off. This is a problem if you want to save battery. The only way to switch them off is to go to the main settings and from there, you can turn them off.

Apple and Microsoft acknowledge an error that prevents iOS 11 users from sending emails through certain Microsoft servers. Unfortunately, there’s no fix to this yet. Here’s the link to what Apple said.

Many iOS 11 users complain about poor battery performance with their devices. According to Wandera, a mobile security firm, battery life for iOS 11 upgraders is decaying over twice as fast as those running iOS 10. Users should consider downgrading into iOS 10 if battery performance is an issue or wait until iOS 11.1. 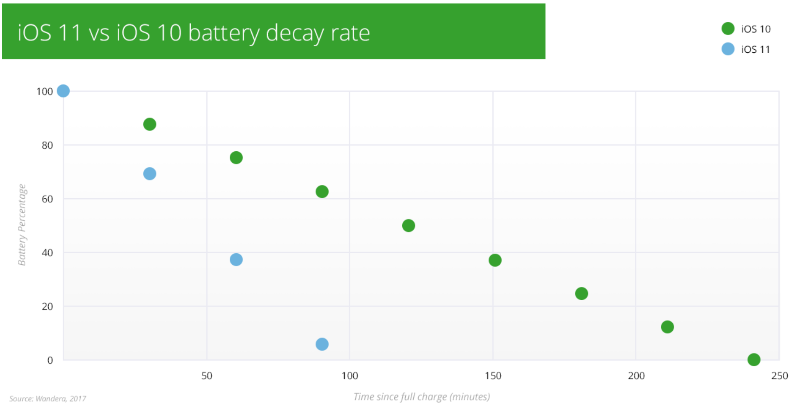 Old Apps should be updated on a regular basis (it’s either you or the developer’s fault). The reason for this is that iOS 11 don’t recognize 32-bit apps anymore. And apps should be upgraded so that they’ll run smoothly on the newest version of iOS.

Having all these major issues said, backup your device using iTunes or iCloud before updating your software. This is to save you from a massive headache if anything bad happens.