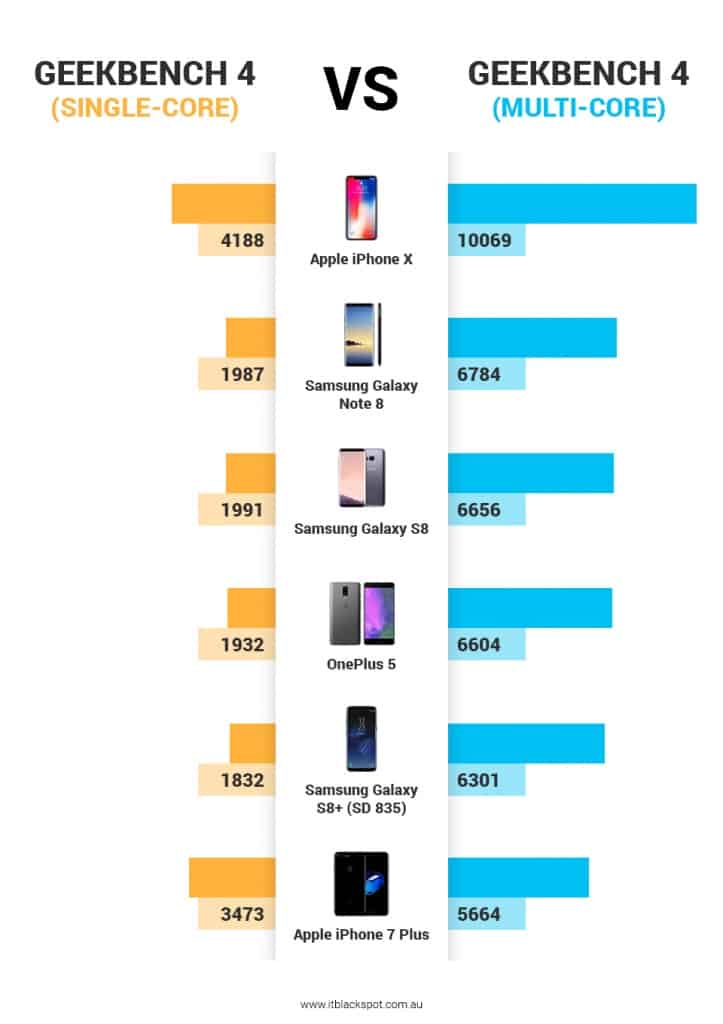 Apple’s newest chipset for its flagship phones named as A11 Bionic chip boast as the most powerful processor for mobile phones in the market. The chipset is said to sport all the new iPhones that Apple will release soon, namely iPhone X, 8, and 8 Plus. The chip is said to have six CPU cores, with the ability to run all of them simultaneously.

According to GSM Arena, the A11 Bionic chipset has nearly doubled the single-core score of the A10 Fusion from iPhone 7 and 7 plus, which was already ahead of the Snapdragon 835 and Exynos 8895 Octa. Furthermore, the A11 Bionic has the highest multi-core score, a first for an Apple chip.

These benchmarks put the Samsung Galaxy Note 8, Samsung Galaxy S8, OnePlus 5, and the Samsung Galaxy S8+ behind. Truly proves that Apple beats all its competitors in terms of a powerful CPU. But as these data shows that Apple is winning the numbers, iPhone X is one big expensive device. The selling price of Apple’s newest flagship starts at $1,000 USD(not to mention the others that have higher storage capacity). They may promise a powerful performance but consider other features as well when buying.